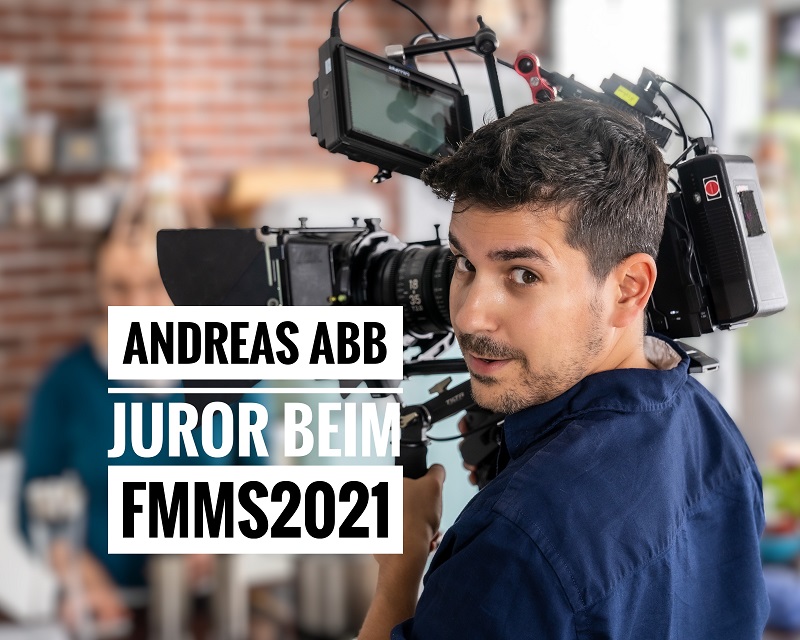 As already mentioned in a previous post, the jury for this year’s Münster Fotomarathon FMMS2021 includes a total of 4 members, who we would like to introduce to you here one by one. After Dietmar Rabich, today we introduce you to the filmmaker, photographer and [according to his own statements] nerd 😉 Andreas Abb. You might know Andi through his YouTube channel, which has about 40,000 subscribers by now.

It’s not easy to describe Andreas’ career – in any case, it’s not the classic path of a filmmaker. His passion for images began in his youth, when he started making short films with friends during holidays or weekends. Professionally, however, the native of Franconia first went in the direction of journalism before he moved to Mainz to study “something with media” after completing a traineeship as a TV editor. During these years, he worked part-time for ZDF and as a freelancer and editor for various online magazines.

A change of direction brought him to the creative agency Leo Burnett and into the world of advertising, where he worked for companies such as Samsung, General Motors and McDonalds. It wasn’t until 2015 that he found his way back “on course” and worked for a Wiesbaden-based communications agency for almost six years, where he founded an integrated film production company and realised several hundred projects for clients such as Cisco or Salesforce as well as public clients such as the THW, the BKA, the Federal Police and even those whose names may not be mentioned for reasons of confidentiality. 🙂

In 2021, Andreas switched completely to self-employment and runs one of the largest German YouTube channels on the subject of videography on the side.