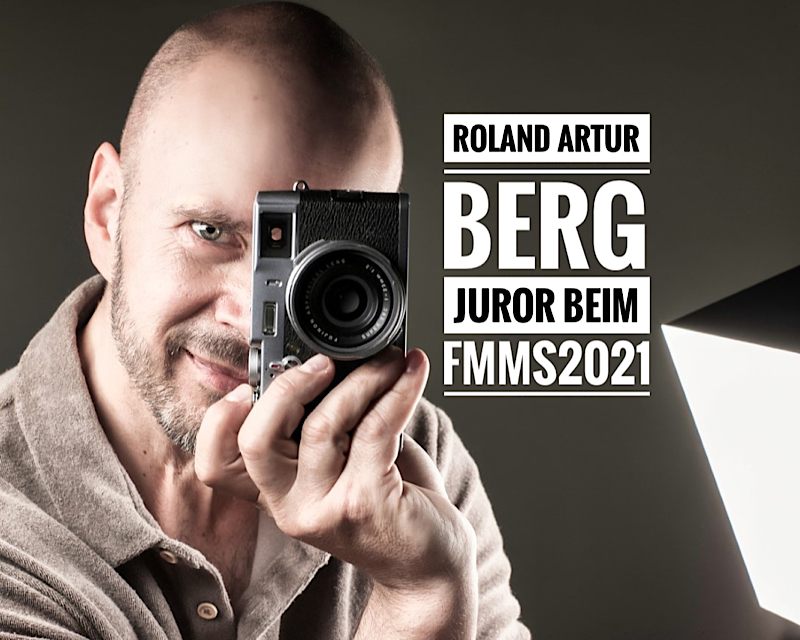 After Dietmar Rabich and Andreas Abb, today we introduce you to the third member of this year’s expert jury of the Münster Fotomarathon: Photographer and photo trainer Roland Artur Berg.

Roland Artur Berg grew up in the Ruhr area. At the age of seven he got his first camera, and by eighteen he had already fixed portrait photography as “his thing”.

While studying architecture, Roland Artur Berg earned his first money with photo shoots in his own photo studio – black and white, of course, with negative films that he developed himself in the lab, or on slide film. After his studies, he decided to turn his hobby into a profession. So he trained as an interior photographer in a photo studio with 2,000 square meters.

Roland Artur Berg has been self-employed as a photographer and photo trainer for nineteen years. He works for small and medium-sized companies throughout Germany, but his clients also include private customers. His work ranges from food photography to portrait photography to annual reports.

As a juror for photo competitions, he has worked for Fotoforum and Fotocommunity, among others.